Founded in 1987, Gesconsult is one of the longest established asset management firms of collective investment institutions (SGIIC) in Spain. We have a team of experts and highly renowned professionals with an investment philosophy based on three pillars: flexibility, stock picking and independence. Over 30 years committed to providing value to our clients who invest with us through our funds.

We prefer to obtain lower returns in order to mantain our clients wealth when there’s volatility in markets.

We aim to gain the trust of all our clients, beyond the assets invested with us.

We commercialize third-party funds from many global asset firms. 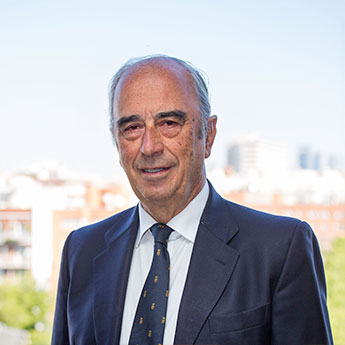 Juan Lladó founded Finconsult, S.A. in 1984. His professional experience had previously been developed at Banco Urquijo, where he was appointed General Manager in 1968.

He then joined Banco Atlántico as CEO until 1975, when he was appointed Chief Financial Officer of INI (Instituto Nacional de Industria) and a member of the Board of Directors of Banco Exterior de España, Ensidesa and Saudi Bank España. In 1978 he was appointed CEO of Banco Internacional de Comercio, and subsequently advised the Bank of Spain and the Spanish Treasury on the privatisation of the Rumasa Group. 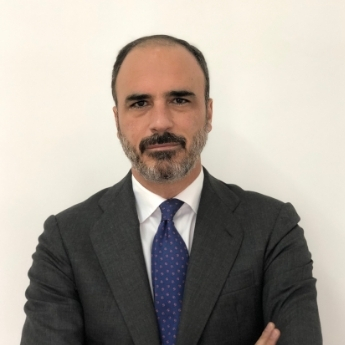 Juan joined Gesconsult in 2020 after 25 years of experience in Financial Markets and Investment Banking.

He joins from ACF / StormHarbour where he created and led the Investment Banking team. Previously, Juan worked 11 years at Banco Santander, first as Global Director of Credit Markets and then as Global Director of Financial Institutions (FIG), being a member of the Wholesale Banking Management Committee in Europe. Previously, he worked 10 years at Deutsche Bank in London managing different trading teams. 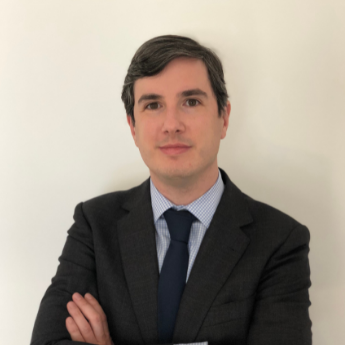 Gonzalo Sánchez started his professional career at Gesconsult in 2011 as a financial analyst. Then, he was the head of the Iberian equity funds of the firm. Currently, he holds the position of Chief Investment Officer.

He started his professional career at Caja Madrid as an investment advisor after which he joined Banco Santander in the area of structured products.

Gonzalo has a degree in Economics from Universidad Autónoma de Madrid and a Master’s degree in Portfolio Management from Instituto de Estudios Bursátiles (IEB). He is an EFA member of the European Financial Planning Association (EFPA). 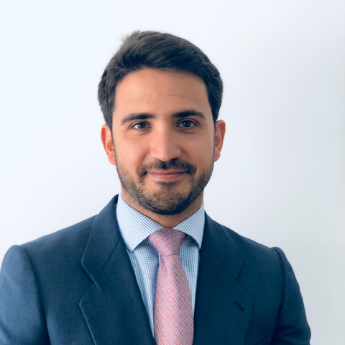 He joined Gesconsult in 2016 as an equity analyst in the investment department of the firm. Currently, he is Global Equity Portfolio Manager.

Previously, he worked at Vertis Environmental Finance, a company dedicated to trading environmental commodities. He also worked in the international logistics department of the DIA Group, in the investment banking area of Barclays and in the financial department of Sacyr.

Lucas has a degree in Law and Business Administration from Universidad Carlos III de Madrid. He is a member of the Bar Association and CFA Level III candidate. 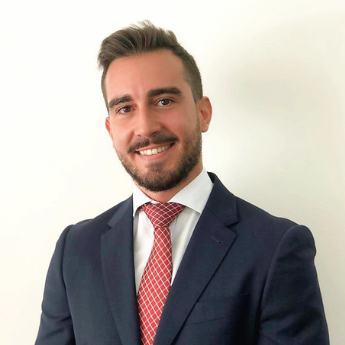 Previously he worked at Andbank Wealth Management as a financial analyst where he performed macroeconomic analysis, investment fund analysis, portfolio advisory and asset allocation. He has also worked in the operations department of the same entity and in GAP Auditores as a financial auditor.

Álvaro has a degree in Business Administration from Universidad de Málaga and a Master’s degree in Stock Exchange and Financial Markets from IEB and the London School of Economics. 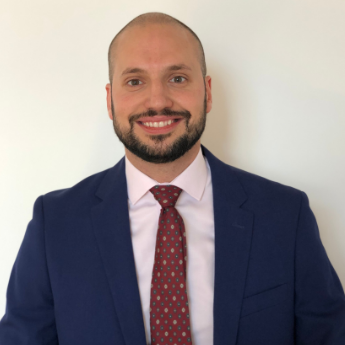 Álvaro has a wide experience, more than 13 years, within Investment Banking and Private Equity.

Álvaro joined Gesconsult in September 2020 and previously worked in Mergers and Acquisitions for many international firms such as Morgan Stanley, Banco Santander and Deloitte being based in London, Zurich and Madrid. For the last three years, Álvaro was an Investment Director in a Private Equity Fund, having invested a total of €230 million in Western Europe and the US.

Álvaro holds a double degree in Business Administration and Law (ICADE-E3) from Universidad Pontificia de Comillas with an international exchange program in Finance from Marquette University in US.

Gonzalo joined Gesconsult in March 2021 as part of the Private Equity area. He actively collaborates in the analysis and execution of investments. Previously, he worked in two different firms of Private Equity: Sherpa Capital y Qualitas Equity Partners in Spain. He also has experience in M&A as he worked for Credict Suisse in London. 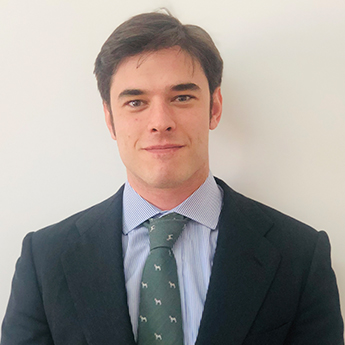 Javier Silva joined Gesconsult in August 2018 as an equity analyst.

Previously he worked at Deloitte in the Corporate Finance department where he carried out analysis and valuation of companies. He has also worked at UBS and Gefonsa Sociedad de Valores.

Javier holds a degree in Economics from Universidad Rey Juan Carlos and a certificate in Corporate Finance from Columbia University. 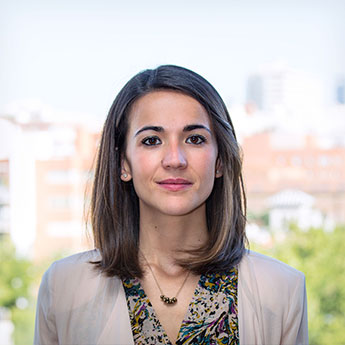 Silvia Merino has been part of the Investor Relations and Business Development department since October 2016, as head of institutional clients and media relations. She joined Gesconsult in 2009 as an equity analyst, a position she held for 7 years.

Her professional experience started in 2007 at Banco Santander in the Private Banking department.

Silvia has a degree in Business Administration and Management and a Master in Financial Analysis and Business Valuation from Colegio Universitario de Estudios Financieros (CUNEF). She holds the Certificate in Financial Advice (CAF) from AFI. 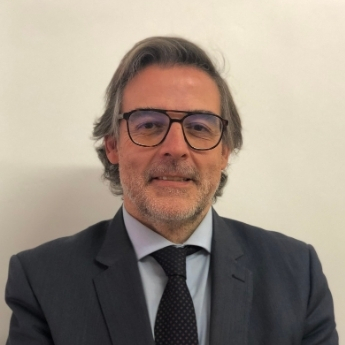 Fernando Moreno has been part of Gesconsult’s Investor Relations and Business Development department since 2014, as head of retail clients.

He has a wide professional experience in the sector, having developed his professional work in Banco Gallego, as a premier banking manager and head of retail banking client management. Previously, he worked at Banco Argentaria, BBVA (Uno-e), as a personal banking consultant.

He has a degree in Business Studies from Ramón Carande University. He holds the Certificate in Financial Advice (CAF) from AFI. 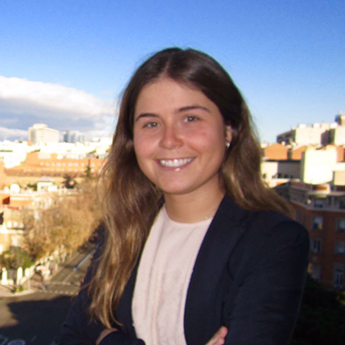 Cristina joined the Investor Relations and Business Development department of Gesconsult in December 2016.

Previously, she worked at Santander Asset Management in the Product and Market Intelligence department of the firm in London and Madrid for two years. Her professional career began in 2014 at Mutuactivos A.V. in the Business Development department.

She has a degree in Business Administration and Management with a specialization in International Business from Universidad Autónoma de Madrid (UAM). She also has the Certificate in Financial Advice (CAF) from AFI. 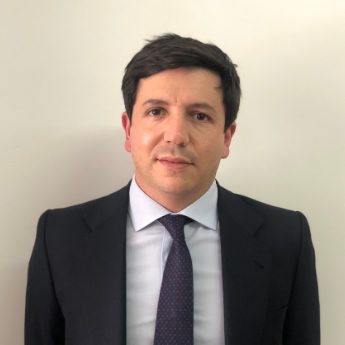 Ramón Pardo joined Gesconsult at the beginning of 2021 as a Private Banker from Bestinver Asset Management where he worked for five years in Investor Relations and Large Accounts. Previously, he worked in Miami, USA, at EFG Asset Management as a market and investment analyst.

He holds a degree in Business Administration from Universidad San Pablo CEU in Madrid and Boston University, Boston MA. 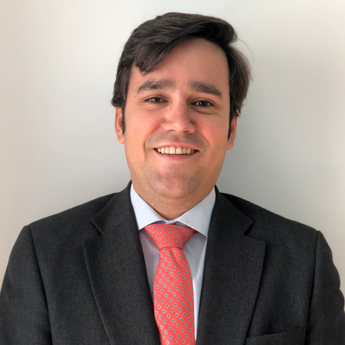 Head of Finance and Human Resources

José joined the financial department of Gesconsult in March 2018. In May 2020 he was appointed Director of the Finance and HR departments.

Previously, he worked at A&G Private Banking in the valuation and reconciliation department and at ING Bank in the operations department for 4 years. He began his professional career in 2011 in the financial and accounting department of the company Estructuras Tubulares Europa and at Gestoría Rialbosan as a mortgage manager and processor.

He has a degree in Economics from Universidad Complutense de Madrid, a Master in Accounting and Financial Management from EAE Business School and a postgraduate course in financial modelling from Centro de Estudios Financieros (CEF). 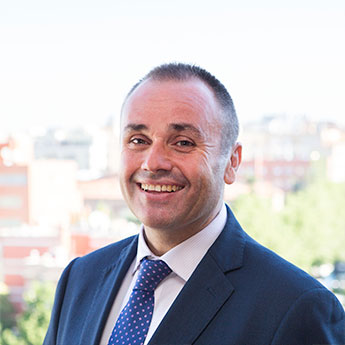 Previously, he worked at Privanza (BBVA Group) where he developed his professional career within the wealth management company. 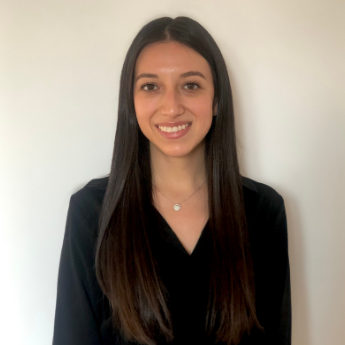 Administration of Funds and SICAVs

Mayra joined Gesconsult in February 2021 as part of the back-office department. She previously worked for Banco Inversis as technician depositary. She holds a bachelor degree in Business Administration from Universidad Rey Juan Carlos de Madrid. 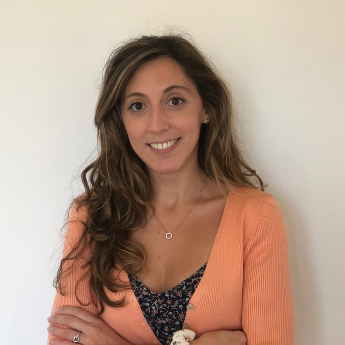 Administration of Funds and SICAVs

Alejandra joined Gesconsult in May 2021 as part of the back-office department. She previously worked for Banco Intermoney, CNP Partners and Aviva.

She holds a bachelor degree in Business Administration from Universidad Rey Juan Carlos de Madrid and she courses a Master in Financial Markets at Instituto Europeo de Posgrado. 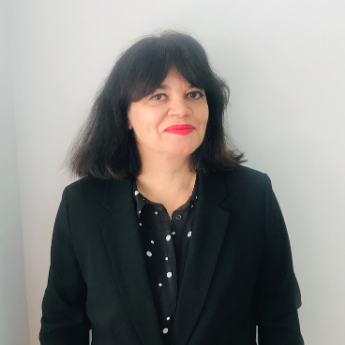 Ana joined Gesconsult in 2015, as Office Manager. She previously worked for Morgan Y Morgan Spain during 13 years as Secretary and Administrative.

Ana holds an Executive Assistant Certificate and a high level of English and Portuguese language.

Award given by Dirigentes magazine to Gesconsult

We have more than 30 years of experience in the asset management industry. Find out more about our Funds and invest where our Portfolio Managers invest.

We manage open-ended investment funds for third parties applying the same philosophy that we use in our funds.

A team of talented and experienced professionals

Join us and invest with our Portfolio Managers

Do not hesitate to contact us if you have any questions

Firm registered with the CNMV

We invest in companies we know in depth to obtain the highest return by prioritizing capital preservation and risk management.

Legal notice: All returns are expressed in net terms, after expenses and fees. Past performance is not indicative of future performance. All returns referring to periods longer than one year are annualised. You can contact us through the website or by sending an email to info@gesconsult.com. Source: Gesconsult SGIIC.